Ramsay is the Scouter-in-Charge responsible for all scouting programs at 1st Subiaco.

He has a long association with the Group spanning nearly five decades and started as a Cub under Mrs Page’s tutelage, where he was described as “quite mischievous”. He has been a Cub and Scout leader.

Ramsay is passionate about adventurous hiking and with his meticulous planning has lead Scouts on many world class hikes, including the highlands of Tasmania.

Ramsay has a background in military and police services and has been honoured with many Scouting awards including 1st Subiaco Centenary Medal, Life Membership and National Silver Wattle Award. 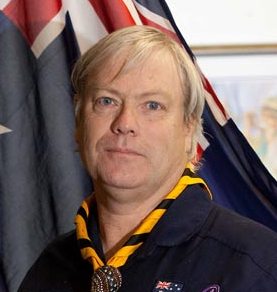 The Australian Institute of Management calls him “one of Australia’s leading management thinkers and practitioners” and BRW Magazine as “committed to using creativity as a competitive edge”, he is recognised internationally as an expert on how to be media and marketing savvy.

In a former life he was a TV and radio personality, executive producer and senior media executive … describing his 12 years at the Australian Broadcasting Corporation as an “apprenticeship”.

Now as the CEO of his own consulting company, Thomas has been recognised by his peers as a Certified Speaking Professional (CSP), the highest possible international qualification and accreditation for professional speakers.

His latest book, Understanding Influence for Leaders at All Levels(co-author McGraw-Hill) is published in seven countries including the USA and UK.

He was a Cub, Sea Scout and Venturer in Adelaide.

A graduate of three Australian Universities, he gained his MBA from the University of Western Australia with distinction. 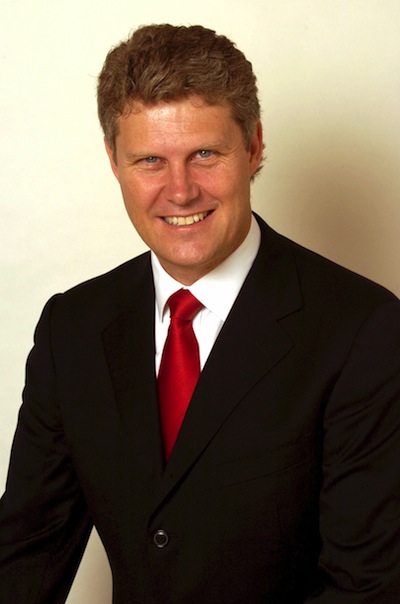 Greg was a Cub in Narrogin and became involved with 1st Subiaco in 1998 when his son Tom was 10 years old, as a parent helper to the Cub Leader. He took on the role of Assistant Scout Leader in 2000 when Tom became a Scout and then the Venturer Leader role in 2008 when his daughter Steph graduated to Venturers. He is now acting in the Rover Advisor role and is a Life Member of the Group.

Greg is married to Dale and is a retired Chartered Professional Engineer (structural). He enjoys golf, cycling, boating, fishing, hiking and camping, travelling and watching football.

Greg continues to enjoy his involvement with our Youth Members and has gained great satisfaction over the years in seeing them mature into confident, capable young people. He cherishes the great friendships he has made with our Group’s leaders, parents and our young men and women over the years. 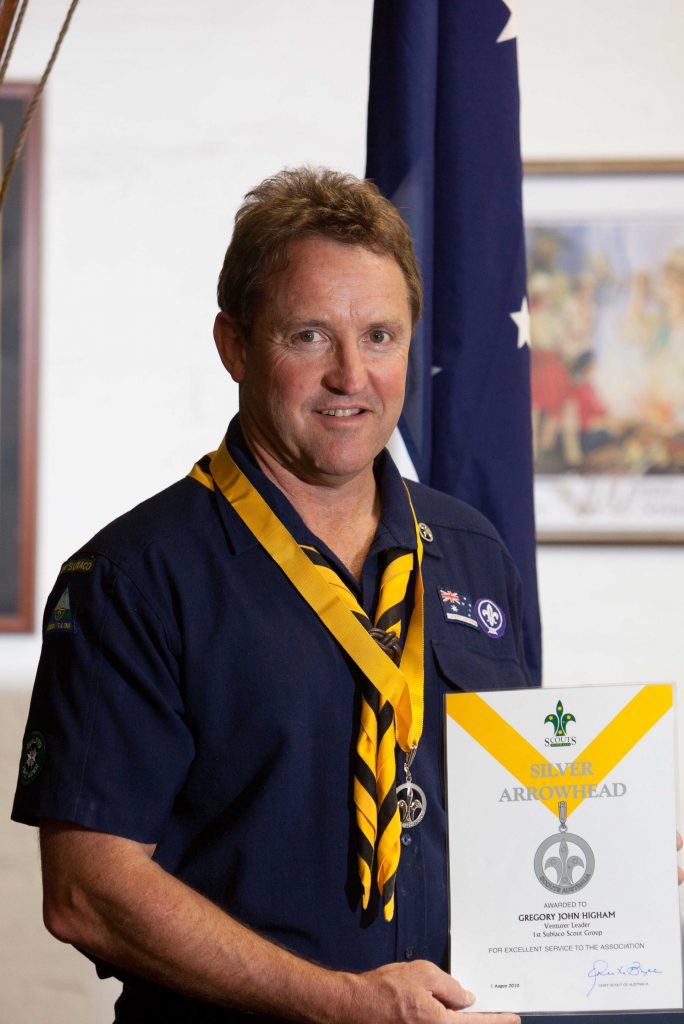 Marj has been part of the Subiaco Scout Group since 1976, and has had many and varied roles within the Group from Assistant Cub Leader, Cub Leader, Assistant Joey Leader and other supportive roles.  She has received many awards in Scouting including Life Membership and the Centenary Award.  Marj continues to be an Assistant Cub Leader and works tirelessly in the background with all the Group administration and her title has officially been upgraded to Legend.

Rob started as a parent helper with Cubs and stuck around to become a Cub Leader.  He is currently Akela of the Cubs and really enjoys setting challenges for the Cubs.

Chris signed up to become a Cub Leader and has completed his training.  He is a enthusiastic yet calming influence to the Cubs and is a great Leader.

Sebastian signed up to become a Leader and has completed his training.  Sebastian works quietly and has a knack of  looking out for those Cubs hiding in the background.  With Hathi watching out, everyone gets to participate in all the activities.

Phil is our Venturer Leader. He is usually to be found in the company of technology of one sort or another, even when bushwalking, another of his many interests. When not involved with Scouting activities, Phil works as a Projects Engineer with RCT, who let him play with large pieces of remote control mining machinery in more or less distant parts of the globe.

Karen is a qualified Scout leader and parent. She is passionate about rogaining.

Marie is a qualified Scout Leader, registered nurse and passionate about orienteering. She brings first aid and emergency medical skills to 1st Subiaco. She was involved in Girl Guides in Sweden.

Andrew is a qualified Scout leader, has a PhD in water science and is a former Deputy Mayor of Subiaco. He served in Antarctica with the CSIRO, is a former climbing instructor in New Zealand, is known for his badge work and currently works at Chevron.

Roger has been involved in Scouting from his days as a Cub through to Rovers in Melville.  He has now joined Subiaco Group initially on the committee and most recently as a Scout leader with his kids joining Scouts and Venturers.

He enjoys the challenge and loves Rogaining, Orienteering and lazing by the river banks on those long Scout camps.

We’re open to boys and girls aged 8 to 25 and we welcome new members.